What Flag to Fly Today? | The Fairview Austin B&B

Get what you stay for®

What Flag to Fly Today?

What Flag to Fly Today is not always easy to answer.

The 4th of July is Independence Day in the U.S.A and it’s coming up this weekend. I guess that makes the answer to “What Flag to Fly Today?” pretty obvious. But the rest of the year we can fly pretty much whatever flag we like.

What flags do you think we should fly?

When we moved into our home here at The Fairview some 14 years ago, we thought it was kind of cool that the house came with a flagpole. The front porch we have here pretty much begs to have a flag flying over it. Duke and Nancy, the previous owners who ran the original Fairview B&B even left us a few flags to start our collection. There was a U.S. Flag, a blue and white pennant flag that says “Austin Landmark”, and some kind of multi-colored flag that we never could identify. 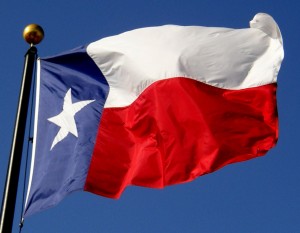 Of course we had to go out and buy a Texas flag. In case you don’t know, I’m a 6th generation native born Texan. Topping that my oldest daughter was born on Texas Independence Day. Yep, definitely need to fly a Texas flag pretty often so that’s what you’ll see here most days. 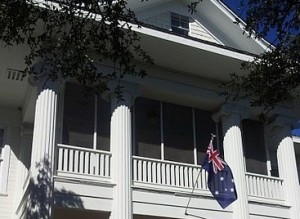 I’ve traveled a lot and made some really great friends from all over the world, many of whom are just as proud of the countries they’re from as I am about being a Texan. My good friends from down under gave me an Australian flag that I try to fly on Australia Day, January 26. I’ve never quite figured out what time to fly it given the 13 – 15 hour time difference between Texas and Australia, depending on which side of Australia you’re on. That’s a pretty big country, even for a Texan.

That’s about as far as I’ve gotten with my flag collection so far though. I don’t want to change flags every day, but some more variety now and then could be fun. What flags do you think we should add to our collection? Let us know and we’ll try to post some pictures of any new flags we add to our collection.

This weekend though, it’s an obvious choice. We’ll be proudly flying the Stars and Stripes flag over The Fairview in honor of Independence Day.

What flag will you be flying this weekend?